WHEN IT COMES TO WELLNESS, YOU are not alone — although you used to be. While public health officials in Florida wrangle with the new coronavirus alongside the old chronic diseases, there’s some work going on behind the scenes to move beyond public health to a new model to help people become more resilient. This new model is called community wellness. The old “personal responsibility” model of wellness often narrowly focuses on the physical, with diet and fitness equating wellness. Perhaps there’s a nod toward mental wellness by acknowledging stress reduction and meditation. But even with this view, which includes social aspects — yoga classes, group cardio sessions, recreational sport competitions — the onus remains upon the individual to show discipline, willpower and fortitude against their perceived personal laziness, weakness and tendency to succumb to temptations.

“In an ideal world that would work,” said Deb Logan, executive director of the Blue Zones Project Southwest Florida, an initiative sponsored by the NCH Healthcare System to improve wellness within its service area. “That’s the old public health model — if you educate people enough, incentivize them or maybe even shame them — they will stop smoking, they’ll eat better, exercise and stick to it. But we do understand that we’re a product of the environment in which we live, and those influences within our environment impact our choices.” 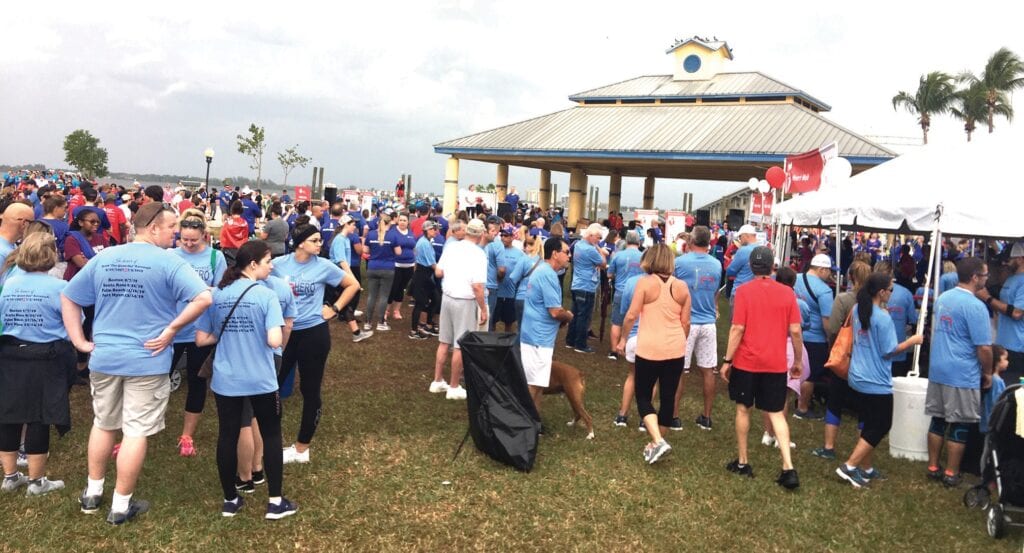 You’ve probably felt the struggle if, for example, you’ve adopted healthy eating habits, but someone in your office brings in a box of doughnuts to share every day. Or, perhaps, you’d like to take up running, but the infrastructure in the area where you live prevents you from doing so safely.

“We make over 250 health-related decisions every day,” Ms. Logan noted, “and most of them are just automatic pilot. If we leave it up to the individual and they keep having environmental influences that are so strong, they’re really trying to fight an uphill battle against it.”

In contrast, community wellness takes public health to a new level by shifting the model of the personal fitness battle to one where the greater community supports wellness both through modifying surroundings and through social collaboration. This concept recognizes that individuals do not live separated from their surroundings, so those surroundings can have profound effects upon their wellness — in either positive or negative ways. Also, the goals move beyond mere physical fitness toward creating an environment where all community members may thrive because wellness has instilled resiliency into these individuals.

Community wellness initiatives attempt to modify the environment so that the effects upon individuals are positive and support wellness. How the initiatives attempt to make positive, supportive changes varies by community, which makes sense since the problem — and, therefore, the needs — vary by community. What’s common is that, no matter the focus of each initiative’s lead agency, they are all trying to help their populations thrive. 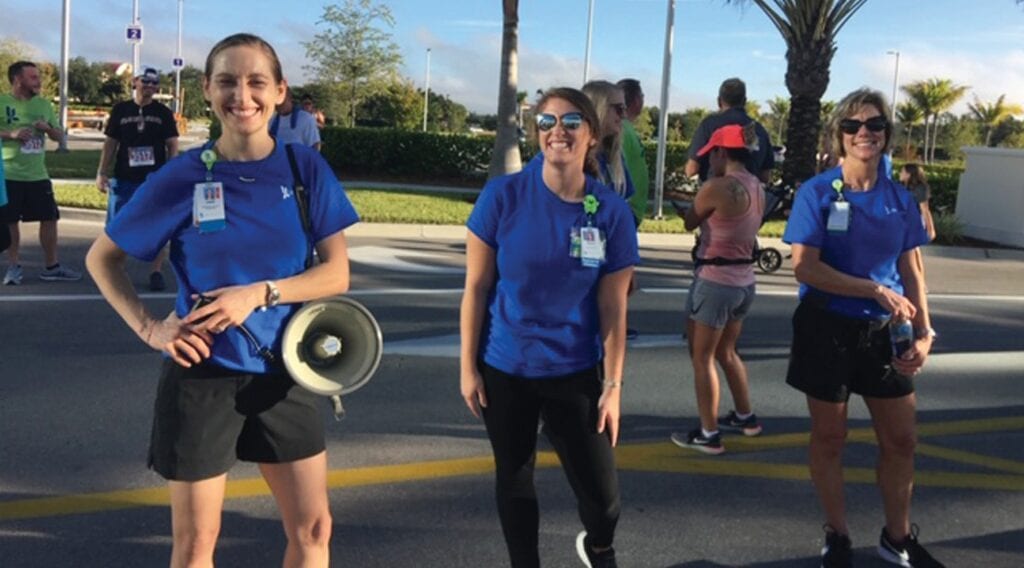 The list of community components needed for wellness highlights why individuals might fail with their personal wellness attempts. The reason might lie, in part, with the greater culture that is not supportive of them or that may actively undermine their goals.

“Taking a community approach to health and well-being, versus taking it from an individual stance, is really about how the community is built and designed that will tee up an individual as to whether they’ll be more successful or less successful on their own journey,” said Christin Collins, system director of health and wellness for Lee Health, who heads up the Healthy Lee wellness initiative.

She listed factors such as access to parks for exercise, paths for bicyclist and pedestrian safety, access to fresh produce and affordable, nearby primary and behavioral healthcare as community factors that influence an individual’s wellness. 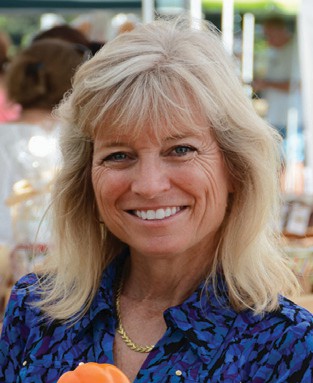 “These are all spokes of why it’s advantageous to take a community perspective and make that integrated and holistic versus just an individual fighting a system and a built environment that doesn’t support well-being,” Ms. Collins said. “One of the things that we do with Healthy Lee is we’re helping to create community awareness about the importance of a strategically built environment that supports pedestrian safety and alternative modes of transportation. How we’re choosing to develop Southwest Florida is going to impact health and well-being for generations to come.”

Healthy Lee started in 2007 as a coalition called Community Health Visioning 2017 after community leaders from nonprofits, faith and health care organizations came together to address chronic disease and health access issues among underserved populations in the county. The local United Way served a major role in the initiative. After a decade, the partners decided to reevaluate the initiative’s focus, and change its name, since they had met many of their goals. As the partners chose a broader focus, one of the changes was that Lee Health formally took on the role to serve as the initiative’s backbone agency. 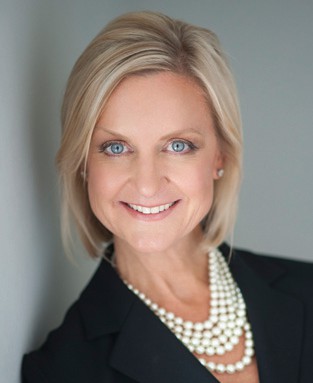 “It went from a taskforce to something that is part of our community offerings,” Ms. Collins said. “We’re working on that new mission and vision, and it’s along the lines of every visitor and resident of Southwest Florida has the potential opportunity to live a life of optimal well-being. Now it goes to touch all lives and it looks to support the individual in a community setting, meeting them where they are.”

With its previous accomplishments and the change in mission, the initiative has gone from pursuing seven goals to now focusing on behavioral health and on lifestyle, which encompasses the built environment as well as chronic disease management. While its work in the policy realm continues, Healthy Lee’s most publicly known program is its movement challenge. 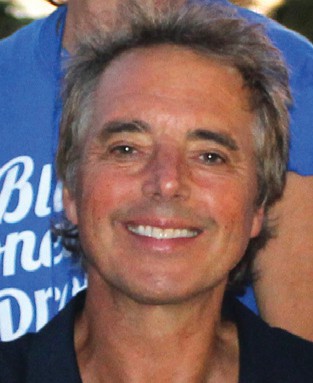 “The Million Mile Movement was something we created a couple of years ago to have some fun with people who are actively moving and to create awareness for Healthy Lee,” Ms. Collins said.

The yearly movement challenge calls for residents to contribute to a collective countywide goal of logging 1 million miles of cardiovascular exercise during the six-week participation period while encouraging them to form into teams for camaraderie and friendly competition. Workplaces often join the Million Mile Movement by forming teams, such as the employee wellness challenge team that Jamie Hoover, a Lee Health Coconut Point employee, facilitates.

“We’ve had marathon runners and triathletes, so those are the heavy hitters when we were looking at building the teams and competing, but it really got people out of their shells because even if they are walking a little bit that’s still going to add to the team” Ms. Hoover said. “They don’t have to run 20 miles in order for it to contribute, so it really gave value to even the smaller amounts of collective activity that people participated in, which is great because it’s not all about enormous, mountain-moving type exercise but about what they can do that day. So, as a facilitator, I really wanted to emphasize that effort and the intentions that are there. Lifestyle change does happen slowly in order for it to last.” 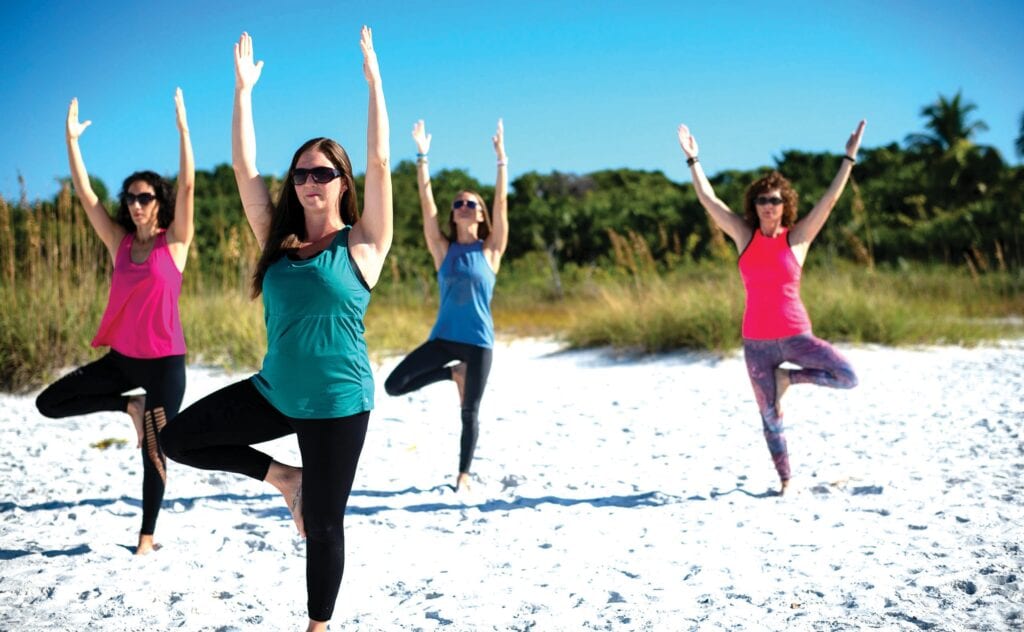 The NCH Healthcare System is presently in the fifth year of its eight-year sponsorship commitment for the Blue Zones Project Southwest Florida — a branch of Sharecare, a digital health and wellness company owned by Jeff Arnold, the founder of WebMD, and Dr. Mehmet Oz.

Blue Zones was a term used by National Geographic fellow Dan Buettner to describe places that researchers identified as seeming to have concentrations of centenarians among their populations. The term originated because researchers marked the pockets of centenarians by drawing circles on maps with blue pens. Mr. Buettner wrote about the lifestyle habits of the centenarians in the 2005 National Geographic article “Secrets of Long Life” and followed with a series of best-selling Blue Zones books. The Blue Zones system for enhancing wellness and extending lifespan focuses around principles that Mr. Buettner dubbed the Power 9, which include natural movement, plant-based foods, connecting with friends and family, stress reduction and finding purpose in life. 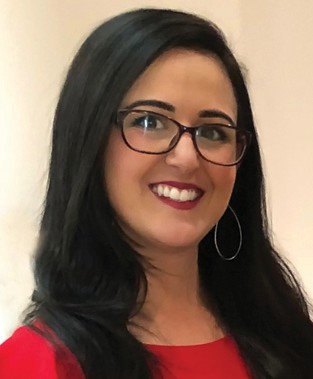 Mr. Buettner then conducted a trial project in Albert Lea, Minn., to see if a community could be modified to create an environment that resembled conditions in the Blue Zones in order to make it easier for residents to improve their health, which proved successful. Sharecare acquired the rights from Mr. Buettner to manage Blue Zones Projects in communities where sponsors agree to a multi-year financial commitment to have the company implement the project.

“If you live somewhere where it’s not inviting to take a walk or ride a bike, best intentions sometimes are hard to implement,” Ms. Logan said. “So that’s why our focus is more on looking at the entire environment that touches people and trying to make healthy choices easier in that environment. Everybody starts off really wanting to do it, but if the choices are not easy in their daily environment, it really gets hard.”

Ms. Logan said NCH was looking for a way to decrease chronic disease admissions to its health care system, so it was willing to make the financial commitment that a Blue Zones Project required.

“Having a program in place already that we were just becoming participants of made it a lot easier on the implementations side of things, so our employees didn’t just think I was some crazy hippie trying to implement yogurt instead of donuts,” Ms. Gear said with a chuckle. “I felt that it was a good opportunity to bring awareness of community wellness as a whole and not single anyone out because that’s one of the things that makes a big difference is when it’s a group effort — you have accountability.”

Ms. Gear said she got initial pushback from some employees, but when they realized the wellness program only required minimal adjustments, they became more receptive. She began leading a voluntary twice-weekly yoga session for employees. Certifying the business with Blue Zones also made it easier when a vendor wanted to send a thank-you lunch. It was easier to explain why she requested the vendor send salads rather than pizzas because she could point to her company’s Blue Zones certification.

Then one of Ms. Gear’s employees came in with some good news.

“About three months after I planted the Blue Zones seed in everybody’s minds, one of my employees went to the doctor and her cholesterol had reduced,” Ms. Gear said. “So, she was like, ‘I think it is due to your initiative.’” ¦

New York, Sept. 08, 2020 (GLOBE NEWSWIRE) — Reportlinker.com announces the release of the report “Sports Nutrition Market – Growth, Trends, and Forecasts (2020 – 2025)” – https://www.reportlinker.com/p05893119/?utm_source=GNW Thus, the growth rate of the sports nutrition market is attributed to not just sportspersons, but to casual athletes and dieters as well, who are joining the […]
Read more
August 9, 2020 donutjam

8 tips on how to lose weight, stay fit and keep healthy, according to health experts